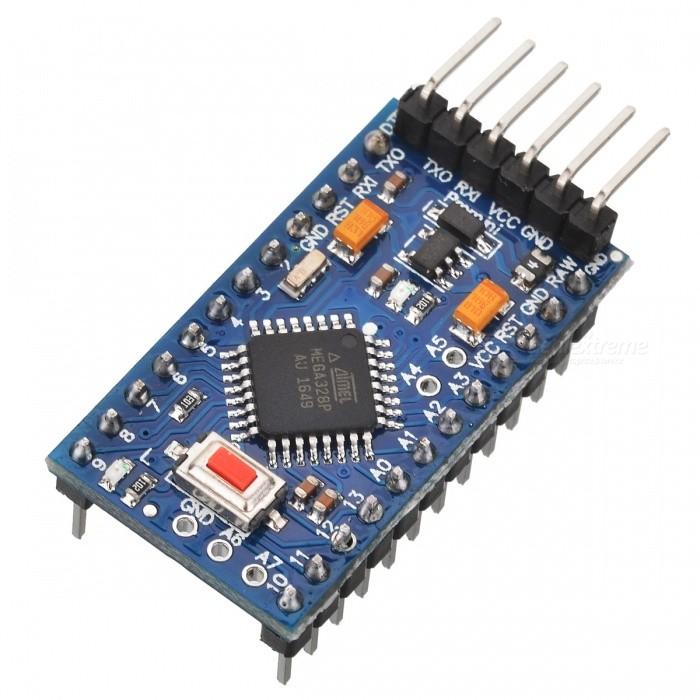 So a few weeks ago when a friend tells me that he needs a workout timer to use in his gym and cannot find one cheap enough to be usable I figured that was my chance for me to try to create the kind of device he was hoping for.

must have features included having at lease 1x1 2x1 and 3x1 intervals and some sort of sound signal to let the trainee know that they should either start or stop working out.

eventually I managed to define a set of features and reduce to a minium the buttons needed. finally a single button, a bunch of leds and a buzzer is all the hardware required. The first Idea was to use two buttons to change mode between program and workout. and another to start/stop workout. but I finally decided that using a single button was better and provided a cleaner solution.

After I finally decided that what I needed to build. the timer would have:

my approach to de development was very simple. I started by trying out the differents parts using a board I had around and mounting the components on a protoboard. after I tried every part on its own started integrating the sensors on a single sketch. when that was complete I decided was a good idea to choose one of the smaller boards in order to reduce the form factor and keep the costs down. the choosen board was the arduino pro mini. basically the same as the nano I was using for the development but smaller and without the usb interface.

after a few mishaps with the pro mini, like the writing interface that didn’t worked with my computer or connecting the power source with the cables in the wrong order I got it to work and started “designing” a prototype. for this I used a piece of prototype pcb I got lying around. I choose a suitable layout and soldered everything in place. then I selected some plastic enclosing (a food container) and mounted the prototype inside 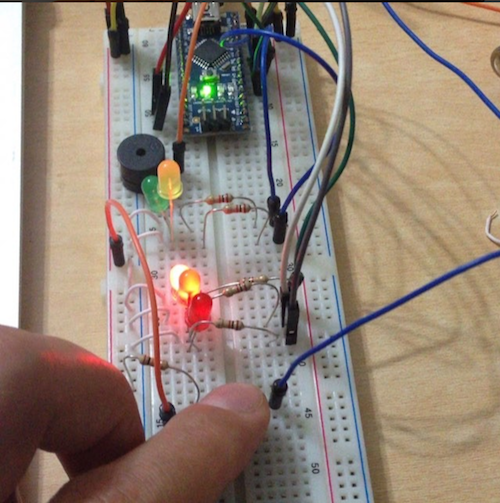 Trying different layouts on a protoboard

then the real problem started, the buzzer I used was too low for a gym environment, I tried many options but finally decided to trigger a bigger piezo buzzer with 12 volts of current. this required me to add a voltage regulator (to provide 5v to the arduino) and a relay to trigger the piezo with 12V without frying the arduino in the process.

this whole process took over a month but was no more than a few hours each weekend and some thinking or research during the week. the timer was been working for a month non stop at the gym without any issues so far.

so, I have this prototype, that do exactly what I need it to do, but what now? I think there is a market for the these kind of devices, but how big, I don’t know. what’s the next stage? should I proceed to build it for sale?

In case you’re wondering, you can check the code here.